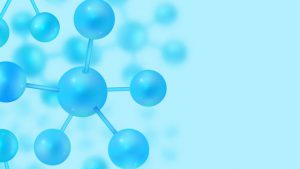 Vopec Pharma and East-West Integrative Research Institute, both based in Chennai India, have received funds and know-how from  Agastiya Biotech to develop drugs for Stage IV cancer and COViD-19.  Baskaran Pillai PhD., founded Agastiya Biotech with a vison to integrate Tamil Siddha Medicine and Ayurveda with Western biotech in order to create a new medicine for the 21st century. The first victory of his venture is the creation of as psoriasis prescription drug exclusively marketed by Lupin Pharmaceuticals in India.  Vopec retains global rights outside India.

Following the success Dr. Pillai has now ventured into creating drugs for different types of cancers including the metastatic pancreatic cancer.  Agastiya Biotech has in the pipeline several small molecules – all intended to be alternative therapy to chemotherapy, with zero or bare minimum toxicity along with the ability to kill CSC (Cancer Stem Cells) responsible for relapse. Agastiya Biotech is the first company that has come up with molecules which can both kill CSC and with no or negligible toxicity. Both in vitro on human cell lines and in vivo on animal studies have been completed along with a comparative efficacy studies with standard drugs.

Vopec Pharma is headed by Mr. M. Kannan, Former Drug Controller of Tamil Nadu Government and Mr. R. Karnan who is the executive Director. Vopec is recognized by the Government of India’s Science & Technology Division (DSIR). Vopec has recently obtained test drug licenses from the Indian government in preparation for human trial. The scientific and drug research division is headed by MG. Dinesh PhD. who comes from Stem Cell research background and drug research.