Agastiya Biotech is actively engineering small molecules that have the potential to destroy mutated oncogenes while leaving healthy, normal genes unaffected. Our lead small molecule, ABREV001, promises to be a First-in-Class pan-mutated KRAS inhibitor and degrader that uniquely binds to at the active GTP binding site.

KRAS is one of the most frequently mutated oncogenes in cancer, being a potent initiator of tumorigenesis, a strong inductor of malignancy, and a predictive biomarker of response to therapy. In addition to holding this distinction, unsuccessful attempts to target this protein have led to the characterization of RAS as ‘undruggable’. RAS signaling networks are built at the membrane of cells, bridging extracellular cues into cellular events, such as cell growth, proliferation, differentiation, and survival, having a decisive role in the transition of healthy cells to cancer. All these findings have led the scientific community to exploit RAS or its downstream effectors as therapeutic targets, hoping to impair tumor growth and survival. However, no effective KRAS directed signaling inhibition has been successfully achieved.

The promising preclinical findings of ABREV001 include:

KRAS Pathway and Mechanism of Action 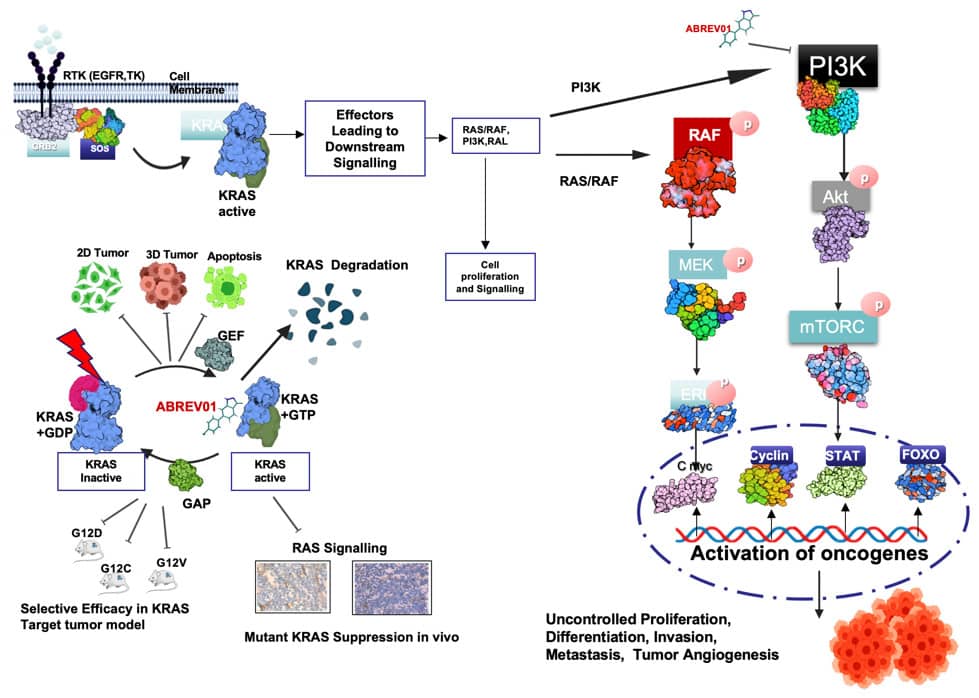 Degradation of KRAS and Downstream Effectors 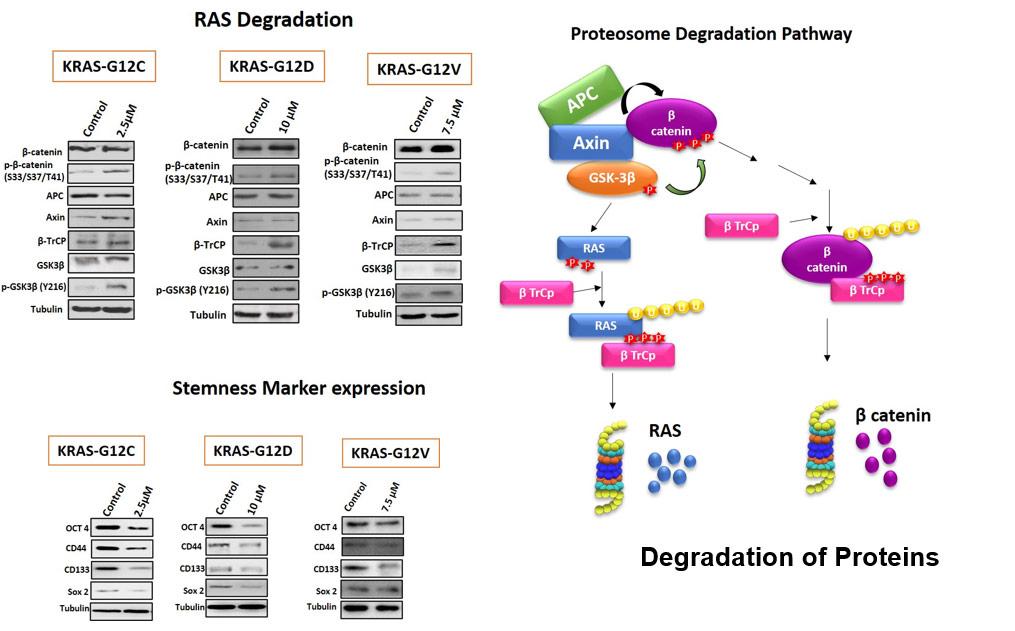 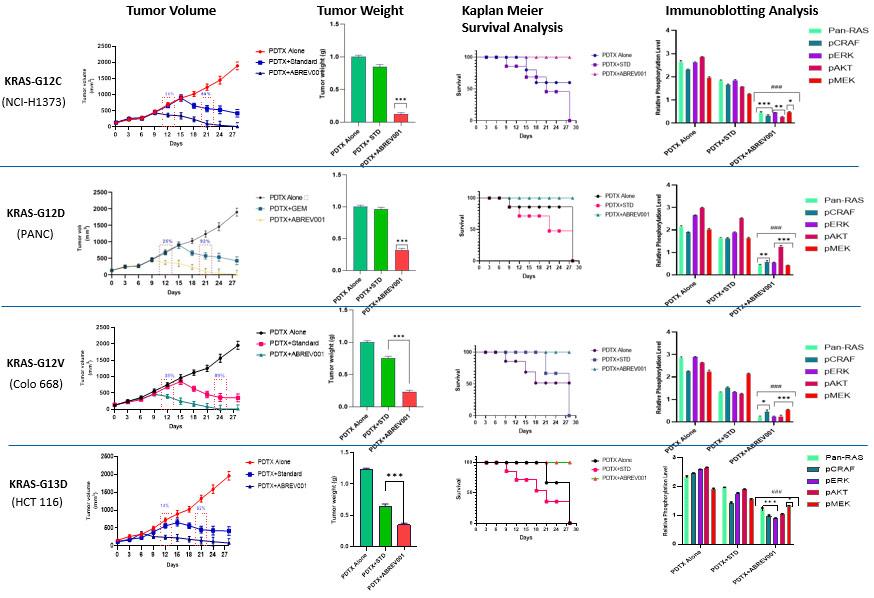