Introducing Quantum Medicine to the World

Agastiya Biotech is not another biotech company following the conventional drug discovery and therapeutic models practiced by Western biotech companies. How is Agastiya different from contemporary biotechnology? Simply put, Agastiya Biotech is a quantum medicine company with a futuristic technology that traces disease and cure to ‘string vibrations’ that lie at the basic fundamental levels of matter. In fact, every drug in the market inevitably belongs to the quantum medicine nomenclature. Every drug originates from the ‘string’ vibrational level that works its way through: 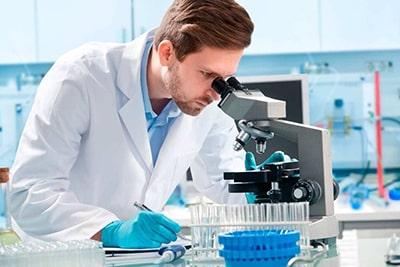 Although the biotech companies know this dynamic and progression, they have not ventured into discovering this superior therapeutic efficacy hidden in string quantum particles. Of course, we do not have technology to discover the quantum mechanics of disease and therapies. Nevertheless, R&D in quantum medicine is the need of our times, given the fact that the molecule-based drug is not only unable to cure cancer, but are very toxic and some people even die of chemotherapy and radiation toxicity.

It is reasonable that researchers on quantum medicine may have apprehension about higher toxicity such as radioactivity. It is of course a concern, but then we are confronted with radioactivity in the water we drink and air we breathe besides radioactivity within our bodies. Your body itself is a tiny mine of radioactive particles. The Sun sends neutrinos into your body, 100 trillion every second. Stars, planets and particles of dark matter all impact us.

Agastiya Biotech’s first small molecule AB001 is a pan-cancer molecule. It has no observable toxicity both in preclinical and clinical studies. Nevertheless, radioactivity tests came out negative as well. For healthy volunteers who took AB001 not only tested no toxicity, but even their other irregularities (heart related) got corrected by the drug. Further PK studies of AB001 revealed the following:

How AB001 Molecule was Discovered?

First it is important to mention that AB001 was not discovered only through conventional methods of drug discovery methods of high throughput screen, libraries and medicinal chemistry.

AB001’s fundamental assumption is that like any other molecule, AB001’s origin can be traced to string vibrations which according to Super String Theory are the building blocks of matter. Dr. John Hagelin the famous Harvard physicist compares the string vibrations to the Unified Field Theory. His classical statement the unified field “shows the universe is fundamentally unified and superficially diversified. “ 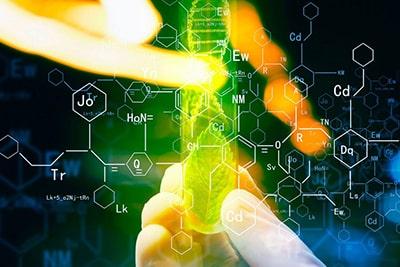 Unified Field at the origin of matter therefore is the ground substratum of all matter. So, if one gets to know about the unified field, he can know everything because it is from the ‘unified field’ that ‘multiplicity’ arises. Hematopoietic stem in biology provides an analogy to understand Unified Field Theory.

Another advanced theory in quantum physics is the relationship between the “observer” and the “observed”. The observer is the researcher and the “observed” is what is being observed. The object which is outside the observed may seem to have an independent existence of its own. Maybe it is true for bigger and its theory belongs to classical physics. The ‘observer-observed’ school of physicists raise the question of observer’s biases influencing the ‘object’ at the quantum level. One wonders if objects can ever exist independently without the observer. If there is no observer, there is no observed. It is at this point that modern quantum physics brings in the concept of ‘superposition’, ‘quantum entanglement’, ‘nonlocality’, ‘theory of uncertainty’, etc.

Dr. Pillai the inventor of the molecule says that he was able to find the molecule with the help of the Unified Quantum Field consciousness. Dr. Pillai maintains that the Unified Field not only exists outside in the environment but inside one’s non-fragmented, non-object orientated mind-set at the source of thought. It is an experience of emptiness (nirvana) where there is no observer nor the observed. “When the subject who is the experiencer loses his subjectivity (subject-vity) the object loses its objectivity (object-vity)”. Vacuum experience inside and outside is the field of creation and creativity. It is also the Unified Field of Quantum physics. According to Indian Vedic sciences the Quantum Mind of the researcher reveals the quantum particles of the object. Thus, quantum medicine can be discovered by only those who live Unified Field of Super Consciousness/intelligence.